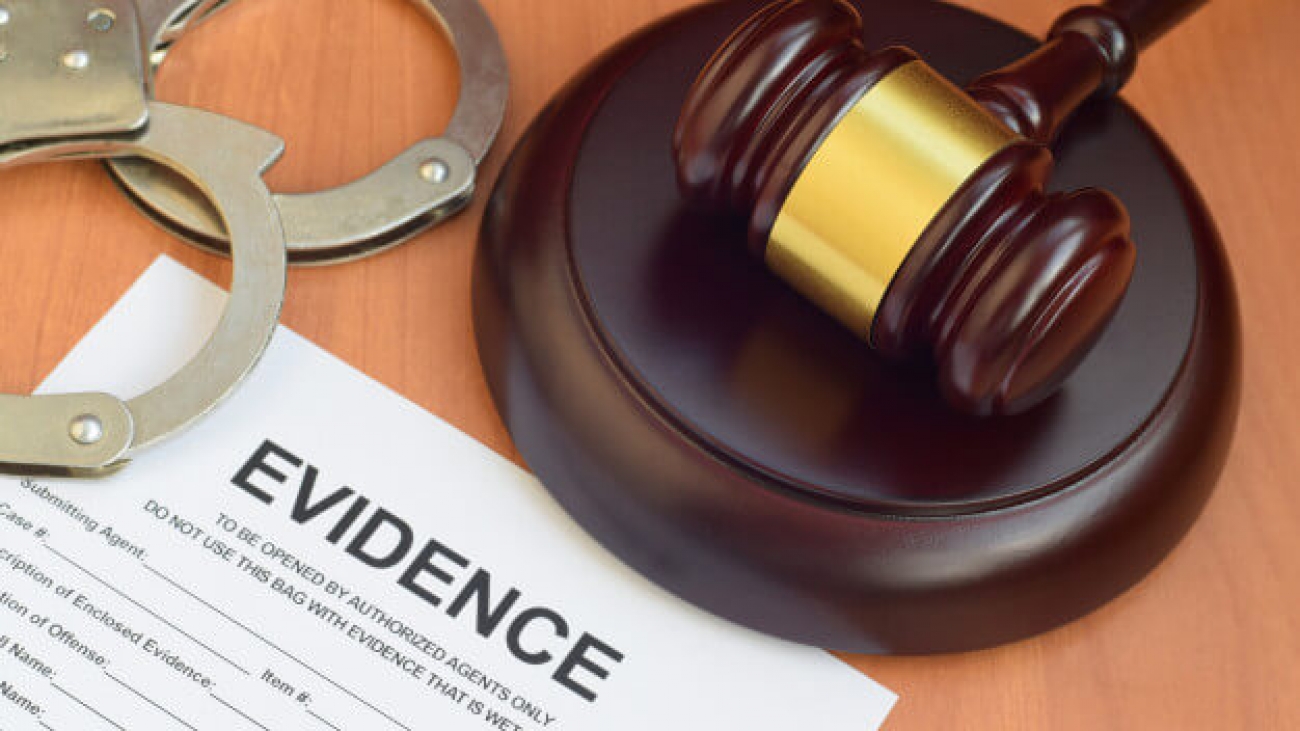 In the fields of Law and Law Enforcement, evidence is a common yet powerful term. Evidence is the key to either conviction or acquittal in the courtroom. Of course, evidence management begins much earlier than that, in the hands of law enforcement officers. Officers must handle evidence carefully and correctly as the first part of an efficient evidence management system.

Traditionally, that system was paper-based and cumbersome. It required many man-hours of cataloging and written documentation. Today, however, evidence management software tool suites are available to streamline this essential process. Evidence management software enables police departments to control digital as well as physical evidence paperlessly. These software systems employ the latest barcode technology to initiate and manage the chain of custody. Barcodes eliminate the antiquated need to keep tickler files. Instead, the system sends automated alerts for overdue checkouts and other notifications.

Further, an evidence tracking system uses cloud technology to securely store data and allow users to access the system from the field or anywhere. For example, officers can use smartphones to take images and videos, record and log interviews, and enter driver’s license barcodes into the system from the scene.

For years, managing evidence was a paper-based process that began at the crime scene. An officer collects a piece of evidence, tags, or places the evidence in a bag. Then, he or she writes information on the bag, such as a case number, date, and address. Usually, the item is assigned an item number. By the end of the shift, the officer delivers any evidence to the evidence room or perhaps drops it in a temporary storage locker. In this case, someone from the evidence room can retrieve it later, along with the officer’s handwritten evidence report. A copy of the evidence report should also be attached to the case report.

As you can see, the traditional method for tracking evidence throughout its lifecycle involves handwritten notes and labels, duplication of effort, manual updates to logbooks, and entries into data management systems. Anyone with experience in the field knows that maintaining a defensible chain of custody is a long-running challenge.

While this method is still used by law enforcement agencies in the United States, it is labor-intensive and subject to a great deal of human error. This is why a digital evidence tracking system is an efficient solution that eliminates redundancies, increases efficiency, and reduces human error potential.

In addition to the apparent time-savings of evidence management software, there are several additional features that come with upgrading to an electronic evidence management system. While most developers aim for these features, it’s wise for you to understand them and target questions to your software provider to ensure they can deliver.

Accessibility in the Field

Cloud computing has become an essential element across all industries. Any device or application that runs on cloud architecture is secure, accessible to users anywhere, and cost-effective for the agency to operate. Cloud-based applications can run on just about all mobile devices and on any platform, which means law enforcement personnel can use them in the field rather than waiting to log evidence in the evidence room or at a computer terminal in a fixed location.

Rather than waste valuable time filling out reports, officers can initiate the chain of evidence from the crime scene and return to the field in a matter of minutes rather than hours.

System integrity and cost-effectiveness are essential elements; however, they do little good if the system itself is too complex to use. Most evidence management software is user-friendly and intuitive, which means users can learn it quickly. If it is too complex, law enforcement personnel will waste valuable time correcting errors, searching help files, and grappling over system complexities.

In the past, digital and physical evidence were managed separately on parallel systems. In recent years, however, courts are recognizing both types of evidence equally. So, maintaining them on separate systems no longer makes sense. Both are prioritized equally regarding the chain of custody and evidence integrity. Further, we no longer store digital media on physical CDs or DVDs. Now, they are logged as digital data that displays metadata for ease of identification.

Separating physical and digital data on separate systems calls the chain of custody into question. Evidence management software allows you to support digital and physical evidence concurrently and on a single system, which creates an ironclad chain of custody for your agency.

More than likely, your department has used the same labels, or field names, in your paper-based system for decades, and it makes sense to use the same field names in your evidence management software. Though, consider the fact that some terminology changes over time. New terminology is continuously evolving, and you may need new labels and categories in the near future. What we are talking about here is data customization. Law enforcement changes as quickly as the technology that supports it. Thus, your evidence management system must be able to adapt with it.

While the data collection fields within your system are adequate today, they may be obsolete tomorrow. Your tracking system should have a customization feature that enables your system administrator to modify or add new data fields as needed. The system should also archive outdated fields rather than delete them because deleting fields can lead to a loss of old data.

Software integration means being able to move to different platforms seamlessly without having to start over when it comes to installation and implementation. What’s more, integration is essential for evidence tracking solutions. Your systems must be able to communicate with one another.

Most evidence software developers are aware of industry standards and design their systems to be compatible with supporting systems. The system should also be able to work with depreciation data, related accounting information, audits, and other variables within your interconnected systems.

It almost goes without saying that all sensitive data stored using the evidence management software must be highly secure. Whether your agency stores its information in the cloud or an on-site datacenter, that information is crucial to all your processes. Even as your department or agency maintains evidence to prosecute crimes, it is vulnerable to compromise due to cybercrimes.

Cybercrime is increasing at an alarming rate, and any data management system provider must be vigilant when it comes to data security. Your evidence tracking system provider should employ multiple military security protocols to protect your data. In addition, they should continually analyze their own security by testing procedures and hiring independent firms to employ hacking methods to determine the strength of their security defenses.

Also, the tracking system should be able to function correctly with security protocols in place. For example, if a user makes a mistake while entering data, he or she should be able to correct it without incident. Though, the system should record all revisions in order to maintain overall system integrity. No tracking software should allow users to make changes without proper notation.

Scalability as Your Agency Grows

Most evidence management software is designed to grow with its clients. Meaning, the system is easily scalable to expand as needed to support a growing number of end-users. Agencies grow steadily, and sometimes a high-profile case means the number of personnel spikes quickly. Your evidence tracking system must be able to keep up with the added load. Otherwise, users will incur the inconvenience of system crashes and loss of business processes.

Efficient Use of Resources

The integration and compatibility listed in the previous sections mean that users can enter data once, access it through multiple interfaces, and run needed reports without importing or re-entering data. You reduce menial tasks for your officers and other personnel, and you can track larger volumes of evidence data using fewer resources.

The system’s automated alert feature can send alerts to personnel. For example, when a closed case is archived, evidence custodians are notified and can dispose of or archive the physical evidence as required. They will know which cases to archive, which will eliminate the all-too-familiar backlog in evidence rooms.

Pricing is a factor when it comes to selecting an evidence management system. Keep in mind that determining your budget should also include accounting for the savings in man-hours and other resources that come with moving to a more efficient system. How much will it cost to continue without adding a software system? If your current solution lacks the customization, automation, and security features offered by an evidence management system, you may already be spending more than the cost of acquiring and implementing the software.

Reliable software providers offer clear pricing plans with no hidden fees. They will be eager to answer all your questions as well as offer bundle pricing if you need multiple features.

Due to the critical importance of evidence tracking software and the continually evolving technology surrounding it, your software provider should upgrade continuously to remain effective and competitive. Your provider should have a list of detailed improvements going back at least three years.

While this at first seems counter to “ease of use,” remember that users can expect ongoing training for any software application they use. For example, each time Microsoft Office rolls out a significant update, users receive a quick tutorial when they open an Office application that goes over the new features.

Evidence tracking applications are critical to maintaining the chain of evidence. Updates are essential in this regard.

Think about this: Every minute an officer spends documenting an evidence report is a minute he or she cannot be in the field. The old way of paper-based reports is time-consuming and leaves a wide margin for error. An evidence management software system allows the officer to tag and log evidence into the system from the field. Further, the system aids in flagging and correcting human input errors on the spot.

From a legal standpoint, this creates a fortified chain of custody that holds up in a courtroom. As we discussed, this applies to digital as well as physical evidence. You no longer need to convert photos and videos to a disk for storage on a separate system. Such files can be stored in the same system as the barcoded physical items, with all data being stored in the cloud for instant access as well as backup protection.

At ERIN Technology, we provide evidence management software tools to help you improve your workflow for managing evidence and related assets through an easy, user-friendly process. Our system provides the first line of defense for the chain of custody and evidence integrity. Ours is a fully secure and industry-compliant solution for law enforcement agencies. We ensure efficient, accurate collection and storage of physical and digital evidence. Further, our system solidifies chain-of-command, manages convenience copies of forms and reports, metadata analysis, and reporting.

Contact us today to learn more about our comprehensive evidence tracking solution.

Evidence Management and Asset Tracking solutions for the law enforcement needs of collection, processing, and storage of information.